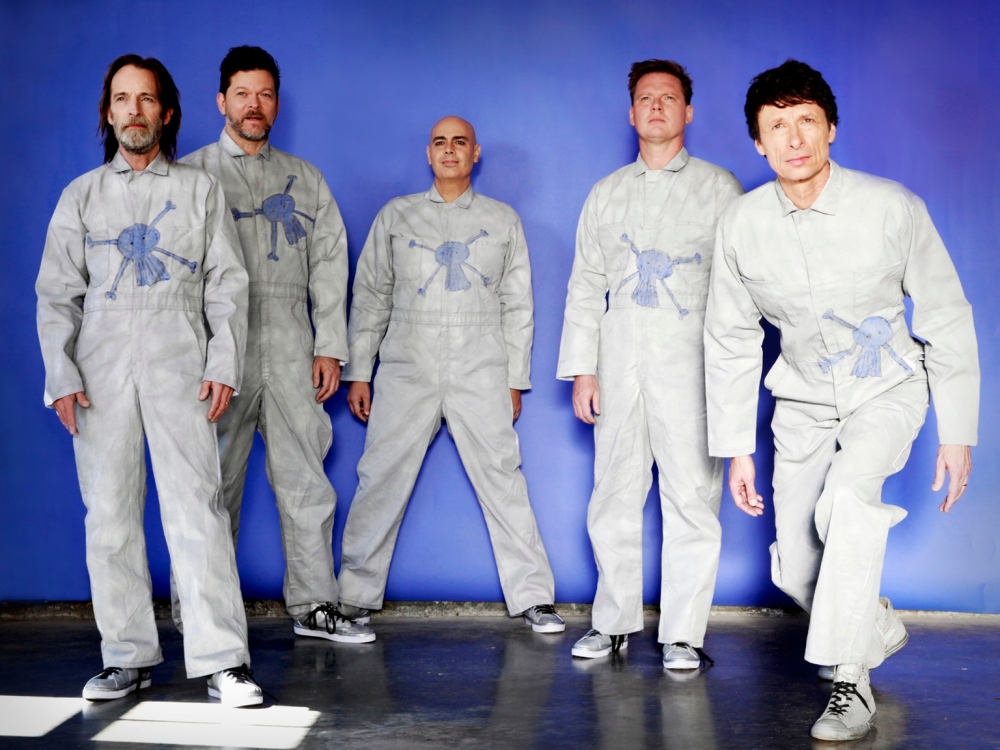 The Christian market was never prepared for someone like Steve Taylor. I don’t think anyone remembers exactly how oddball he was. A Baptist minister’s son in love with The Clash, Taylor hit the scene in 1983 with his EP I Want to Be a Clone. The title track became one of his best examples of satire. “Be a clone and kiss conviction goodnight. Cloneliness is next to Godliness, right?” Taylor sang in mock enthusiasm. It was funny but also blunt satire thrown at a culture that did not well tolerate humor or criticism.

You have to remember that Taylor arrived at the zenith of Jerry Falwell’s Moral Majority. Church members were falling in lock-step with bellicose, political conservatism and stuffing the gospel in the locked glove boxes of their Mercedes. Steve Taylor gave that milieu both barrels. With a smirk, he released the most confrontational material the industry had ever seen. The acumen with which he skewered American Christianity rivaled the work of Randy Newman. (Newman is sadly remembered as the guy who sang the Toy Story theme, but in the ’70s, he was America’s best musical satirist and completely unappreciated.)

Taylor followed his first full length, 1984’s Meltdown, with On the Fritz in 1985, released on the same label that currently employs Amy Grant. The album included a cutesie, reggae-inspired number titled “Lifeboat” that sounds like a children’s song by Raffi. The video for the song stars Taylor in proto-Mrs. Doubtfire drag, playing the fastidious school teacher Mrs. Aryan who casually dispenses terms like “values clarification” and “retard.” I think it is one of the most unflinching indictments of American Christianity’s hypocritical and contradictory positions on the value of human life.

The salvo of “Lifeboat” would only be topped by a later Steve Taylor track, “I Blew Up the Clinic Real Good” off of 1987’s I Predict 1990. Deceptively poppy, the song is Taylor’s darkest and most poignant, the confession of an ice cream man so concerned with preserving the lives of his market base that he’ll happily end a few abortion doctors.

Taylor waited six years to release his next and final solo album in 1993, Squint, which includes my favorite Steve Taylor song, “Jesus is for Losers.” Taylor takes the colloquial putdown for the Christian truth that it is. “Those who are well have no need of a physician, but those who are sick. I have not come to call the righteous but sinners to repentance.”

For a solid decade, Steve Taylor presented an inconvenient message that the Christian music market needed to hear, but the VIPs of that industry wished he would just go away. They finally got their wish. Moving on from his own performing career, Taylor started his own music label, also called Squint, with aspirations of turning it into a multimedia company that would branch into film and other avenues. He accepted support from Word Entertainment, a christian media conglomerate, who subsequently gutted his creation and dispersed the assets. The industry that couldn’t stand to hear the truth had finally gotten a firm hand over Taylor’s mouth.

Just as Taylor was finishing up Squint, in 1990, Daniel Smith was completing his senior year at Rutgers University. He was an art major dabbling in textiles, but that year picked up his old acoustic guitar and began recording. He included the audio material in his senior thesis and performed some of it at the university art show with his younger siblings, at least one of whom was still in elementary school.

Smith was inspired. He rounded up his brothers and sisters and formed a band called the Danielson Famile. Steve Taylor was straightforward, if subversive, and mainstream, even if that mainstream was the Christian Market. Daniel Smith was decidedly more askew. He is difficult to take for some listeners. He often sings in an exaggerated, piercing falsetto. Many of his compositions sound like backyard hippie romps more than polished recordings. But as with all abstract art, Smith aims to shock us into realizations, not ease us in nicely.

While touring, Smith and five family members wore white robes and nurse costumes. This was all five years before Polyphonic Spree did much the same thing. They gained an underground following, but touring became a challenge as his siblings were either getting married or still attending high school. Smith worked in additional band members, like a then-unknown Sufjan Stevens to fill the gaps. Sometimes, Smith would play with Sufjan as a duo, the former dressed in a 10 foot tall tree made of felt.

In much the same way Jack White wrote blues from the perspective of a five year old, Smith used deceptively childish motifs to illustrate profound truths. He takes the common parental corrective “no-no” to explore the scope and usefulness of prohibition as an adult.”We Don’t Say Shut Up” off Fetch the Compass Kids from 2001 does the same thing to extol the act of quiet meditation.

Daniel Smith and his various manifestations – Danielson, Danielson Famile, Brother Danielson – continue to record and perform as independent, subterranean acts. Smith’s misfit career is chronicled in the 2007 documentary Danielson, A Family Movie. The mixed reviews that film received are representative of how obliquely Smith and his musical work strike most audiences. He endures in this peculiarity. One suspects that being taunted as a fool is the entire ambition of his art.

Recording as Steve Taylor & the Danielson Foil, Smith and Taylor’s collaborative EP, Wow to the Deadness, employs a mixture of their respective styles, but is tilted heavily toward Taylor’s straight-ahead rock sensibilities. It is, after all, an offshoot of his current project Steve Taylor & the Perfect Foil. It is not the best work of Smith or Taylor, but worth a listen to fans of either. I view it more as a commemoration of two great artists’ careers.

Steve Taylor and Daniel Smith both occupied the most difficult and unappreciated space in the musical landscape, operating within a punctilious industry that grew ever more allergic to new ideas. Each managed to stay true, even if it meant giving up profile and revenue. And that is the mark of a true artist.